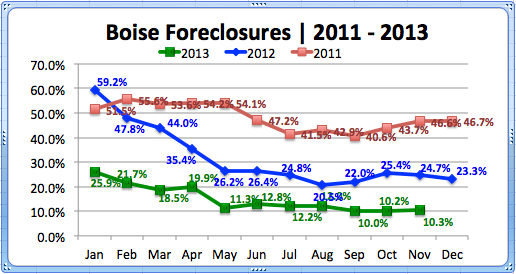 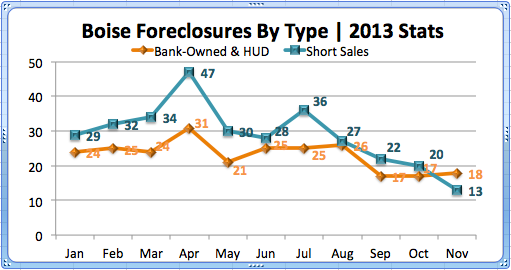 Below shows the complete breakdown of real estate sales in 2013. As traditional sales hit their peak mid summer, short sales and bank-owned/ HUD homes did not increase with that climb; instead continued to decrease slightly. In comparison to traditional home sales, short sales and foreclosures have stayed relatively low all year, with decreases since August. The highest was 25.9% of home sales in January and have stayed around 10% the last few months. 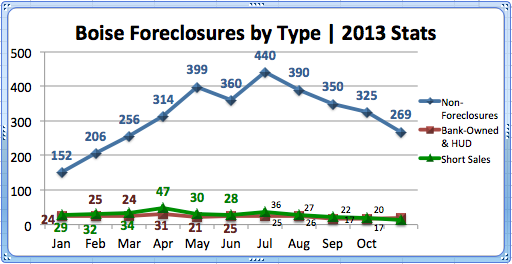