Boise Idaho Foreclosures accounted for 29% of home sales in August. There were 32 Boise short sales (12%) and 47 Boise bank-owned sales (17%) as shown in the graph below. 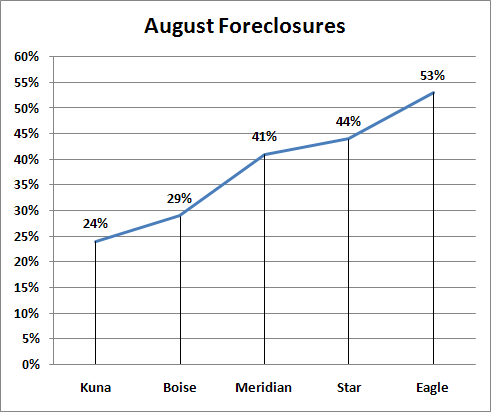 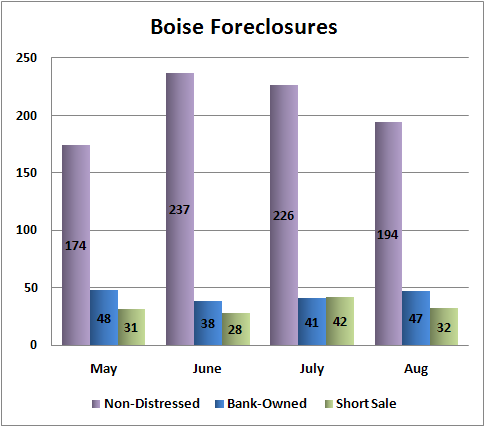 Information deemed reliable but not guarenteed.