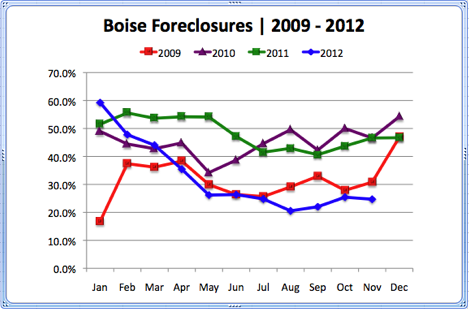 The type of foreclosures in Boise have changed slightly over the year as well.  While short sales have remained relatively steady, Boise bank-owned homes have dropped since their 81 sales in January.  During the month of November there were 28, the second lowest total this year.  September had the smallest number at 19.  Those numbers are significantly lower than 2011 where the most of these types of Boise foreclosures in one month was 125 and the lowest was 66. 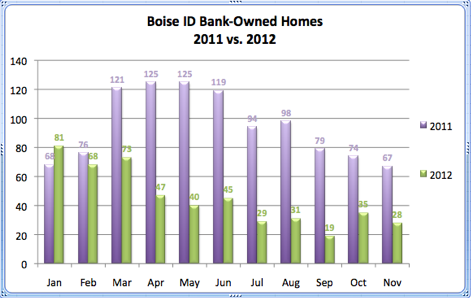