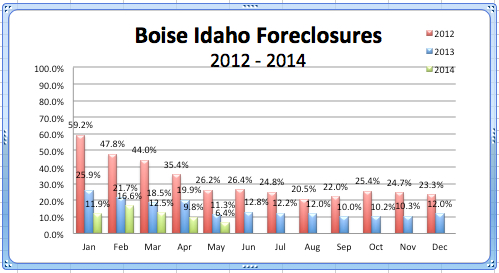 Between 2013 and 2014 (shown above) you can see that there has been a consistent decline of foreclosures into the warmer months of the year hitting with a kind of plateau between May and December. 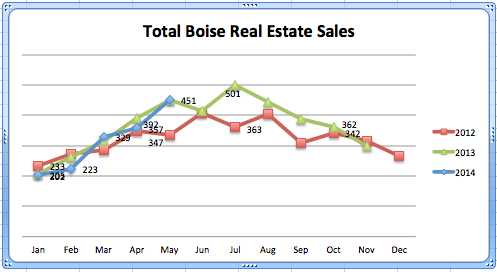 Of the 451 homes sold in Boise, May of 2014, 93% were non-foreclosures, 4% bank owned/HUD, and the remaining 3% short sales. Traditional home sales increased by 31% in May and by 137% from the beginning of the year. Although this is a notable increase, historically sales increase into the warmer months of the year, usually peaking through the summer. As non-foreclosures have increased this year, foreclosures really have not, if anything decreased in the last several months. 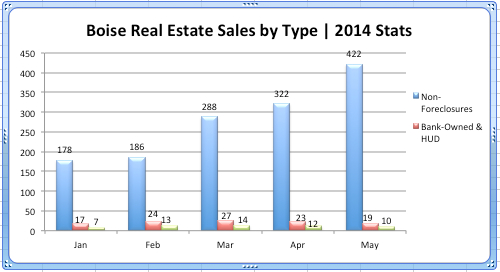 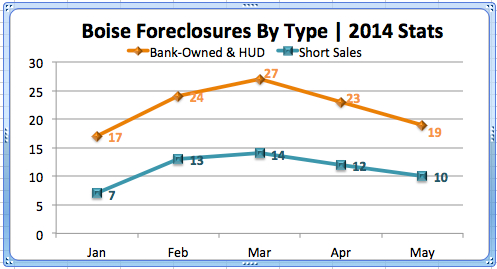